The collection of the Society is housed in the seven historic structures illustrated below. It includes period furniture, accessories, textiles, ceramics, tools, toys, ephemera and an extensive collection of primary and secondary research sources.

The buildings are open for guided tours, Memorial Day through Columbus Day, and by appointment during the rest of the year. Tours are also available for organizations, school programs, special events and workshops. Call (413) 229-2694 for reservations and details. 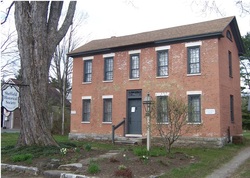 Dan Raymond House
Built about 1774 of homemade brick by the “notorious” and “cunning” character, Dan Raymond, this home decried as “extravagant” in its time, would now be considered an unpretentious brick colonial. Except for an added ell, the house is nearly the same as during the Revolution when it was one of Sheffield’s finest homes. The home is furnished with a collection of period artifacts appropriate to Dan Raymond’s time. 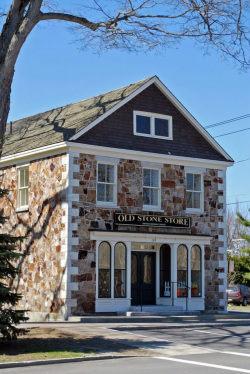 Old Stone Store
The oldest existing mercantile establishment in Sheffield, The Old Stone Store was built around 1834 by Major Eli Ensign with distinctive stone from a local quarry. Sitting as it does beside the 18th century meetinghouse and immediately in front of the 19th century town hall, it occupies an important location in the community not only historically but geographically. Rescued by the Society in 1999, it presently serves as the Society’s gift shop and exhibition space. 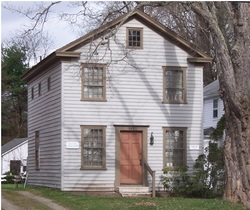 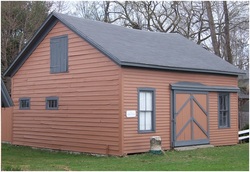 Carriage Barn
This two-story ca. 1870 clapboard structure now serves as the site of a tool exhibit that showcases a variety of ingenious devices used in rural farms and households of generations past. 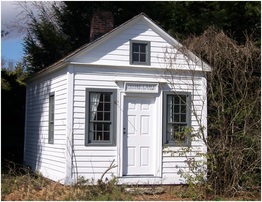 This two-room office, built about 1820, served three lawyers throughout the 19th century. It was originally located on the Sheffield Plain. In the mid 1970s this building was rescued by the Society and moved to its present location. The Parker Hall Law Office was included in the 1935 Historic American Buildings Survey (HABS). 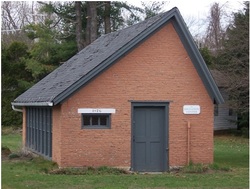 Education Center
Fulfilling many purposes over the decades, this structure dating from 1876 owes its unusual shape to its function as a Victorian vegetable growing house that provided fresh greens in all seasons. It is now used as an education center for classes and workshops. 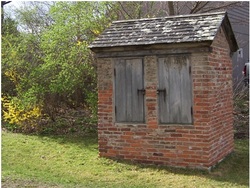 Smokehouse
Constructed about 1838 by Edward Fellows Ensign, the smokehouse was donated to the Society, moved in 2000 to its present location and restored. It is a rare example of a double chamber smokehouse thought to supply the needs not only of the Ensign family but also the inventory needs of the Old Stone Store, a country general store, which was owned by the same family. It is in working condition.